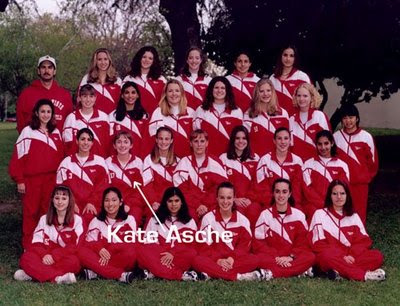 Kate Asche, M.A., a graduate of the UC Davis Creative Writing Program, is a poet/essayist and writing teacher. She won two Elliot Gilbert Prizes in Poetry and was nominated for University of California poet laureate and for Best New Poets 2006 (Meridian Magazine). She is advisory coordinator of The Tomales Bay Workshops (directed by Pam Houston) and also coordinates UC Davis Extension's Arts and Humanities programs. She has recently joined the Sacramento Poetry Center and also started an online writing group. She plays clarinet in a local trio and quintet and loves to cook (and eat) and travel, as well as relax with her photographer-husband and their two black cats, Tuna and Pearl.

I was going to sleep one night; I couldn’t conceive of the person with my hands.
I could conceive of the hands, of them doing things—washing dishes, for instance, or tracing the
coils of an old garden hose.
But I couldn’t imagine having the hands; it was too much.
Hands that move things around in a house, that prefigure the geometry of emotional attachment—
two emptinesses entwining.
Alchemical hands of a cook.

Did you think you would stay each way you were forever?
No, there it was, between, and you sensed it.
To put it this way or that way would not be to know it, but to simply move it about.
You would stay put, wouldn’t you, if you could?
Ah, but you’re mistaken.
About life.
About finishing and putting things aside: devotions, cities, poems.
It can only be like throwing yourself, throwing the idea of self, that spheric tangled dreamlife of
flesh and star thistle, let it be “hurled into infinite space” with no arc of return.

In the twelfth century, “understanding” was simply attention, listening.
What do you hear?
A heater, winter, the body breathing.
Sunrise humming the bridge of a song to make today.
The idea of holding a song in one’s hand: what would that be, to hear a hand, singing?

When you come, come
with some old shoes, a nail
and a photograph you want to forgive.
Arrive in the evening, I am
preparing for you, I will meet you
at the furthest fence.
You must know by now
how earth’s bones stick out
where she is old: I will love you
that long. Come, let’s make
these broken promises, night colors
bleeding over us, cradle me,
the bluebirds are so blue.

When I think of you,
I think of hushed coastal rain and
linear accelerators. How
with everything always moving at speed
it’s as impossible today
as it was yesterday
to hold onto the things we choose.
The raindrops falling are countable,
no one’s done it and we won’t, not now;
don’t even pick one to catch or be caught by.
They coat our hands,
and their holding of us requires
their reincarnation,
object to quantity,
and this, of course, means total destruction.

At Stanford, across a mile underground,
they throw a single electron against a gold plate,
its contact leaves the fingerprint
of a quantity of spaces,
only spaces,
there is nothing,
not bread or birdsong,
not even that moment,
you filled it with words, a hand
somewhere on—
how could it have been
my body?
I tell you,
we possess nothing, I give you
what I may and may not be,
for between us we can—
we might—
lose nothing. 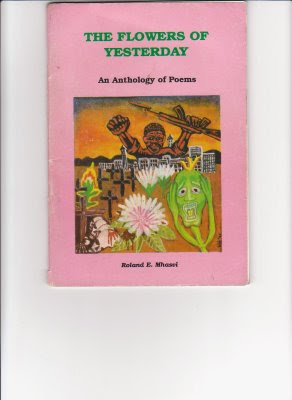 This is the cover of my copy of Roland Masvi's Flowers of Yesterday, a collection I reviewed in 1996 for The Herald. I was going through my old stuff when I saw this book in my old collection. As I was flipping through the pages, I saw the cut-out for the original review, which in part reads: "This is a collection of highly esoteric poetry..., which can be charged of what Afrocentric scholars have described as 'piles of esoterica and ostentatious erudition'... The language is to the ordinary reader opaque, the imagery is inaccessible and the symbolism is surprisingly unusual but invitingly novel...real food for scholars." The review just reminds me of the Chinweizu days, when we, as university students, had rediscovered African literature and its theory. Talking about Afrocentricity had a certain appeal, and we were looking at a lot of writing through the lense of this Afrocentricity. Looking back, perhaps there was more in Mhasvi's poetry that went beyo
Read more

African Writers in US Publishing 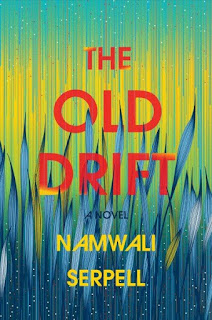 Back in 2007, when I started this blog, I was lamenting the scarcity of fiction by African writers in US bookstores.  I knew this very well, for I had spent five of my ten years in the US working for a bookstore, crawling my way to Inventory Manager, where my efforts to expand the African literature collection were frustrated by lack of inventory that was within the US distribution system. But by 2007, signs were showing of books by African writers making their way into the country, some of them becoming instant bestsellers (and bestseller to me may not mean that a lot of Americans were buying them, but that Africans based in the US were buying them). Now you could find works by Chimamanda Adichie, Petina Gappah, Maaza Mengiste, and others. But still, I felt back then that a lot more promotion of the writing was needed. So whenever there was a new publication by an African writer, I celebrated it on this blog, and I got to interview some of the writers on my other blogging platforms.
Read more 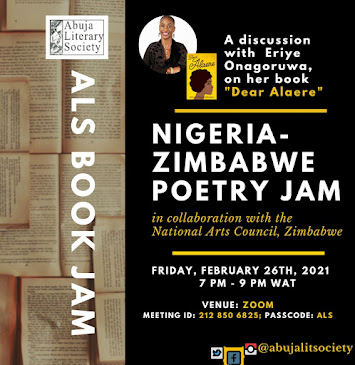 Collaborative events like this are needed if Africa is to tap into its vast sources of talent. Great work Zimbabwe and Nigeria!
Read more